Employees of Procon Analytics portfolio companies raised more than $3,500 on behalf of the father of an employee who has cancer, as part of “Movember,” a national organization dedicated to raising awareness of men’s health issues.

Movember is an organization that helps generate attention to men’s health issues such as cancer, mental health, and suicide by asking supporters to allow their facial hair to grow out during the month of November. The Movember no shave movement has raised over $911 million dollars since its inception in 2004. All Procon Analytics’ team members participated — both men and women — with a $100 gift card going to employee who grew out the best frock of hair. 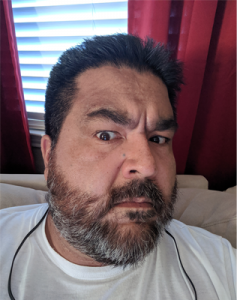 The team member with the “Most Impressive Hair Growth” who received a $100 Gift Card  was Hector Varela, Executive Sales Director to National Sales Director and Team Lead.

The company contributed $50 for each employee that participated with a donation to help the father of their colleague. The employee’s father has been diagnosed with a rare form of brain cancer, diffused multiforme astrocytoma.

“I am so proud of our team members who not only did what they could to help, but also worked to raise awareness and generated a few smiles with the Movember contest,” said Brian Boling, CEO of Procon Analytics.