Recent conversations with many of our Advantage GPS clients and several BHPH industry suppliers have confirmed our beliefs about the continued strength of the subprime and BHPH marketplace and gives us optimism and enthusiasm for the future.

Even as the shutdowns and restrictions ease up and most states have reopened, unemployment, because of filing delays, continues to rise. The Federal Reserve warns that the coming wave of bankruptcies and high unemployment may have lingering, detrimental effects on the economy.

Importantly, there has been some great news lately for the BHPH industry. Depending on the region of the country dealers are in and the population density of where they conduct business, most have seen few or no effects on their business. Sales in some regions have been strong, and collections have been good. States like Arkansas, Alabama, Utah, and the Dakotas have seen little impact. Other dealers in states like Pennsylvania and Michigan where auto sales were deemed non-essential (only for a few weeks in Michigan) or dealers in New York and New Jersey, which were virus epicenters, have taken a huge hit.

Now that restrictions have eased in most states nationwide, dealers are seeing a wave of pent-up demand. Stimulus payments have made their way into most everyone’s hands by now. Families of four, have an extra $3,000, and when combined with a tax refund could push the number up to $5,000-$6,000. Even if one person in the household is on unemployment, he or she has been bringing in an extra $600 a week for 39 weeks. This leaves many households with more net income than they had before. The result is bigger down payments — always good news for BHPH dealers.

It also turns out, according to the industry experts we’ve spoken with, many BHPH and deep subprime finance customers are essential workers. They have jobs within the health care industry or work in delivery services and other essential retail outlets including grocery and drug stores, Big Box hardware stores, Wal-Mart, Costco, Sam’s Club, etc.

Auto dealers are reporting the customers coming onto their lots are buyers and not tire kickers. Nicholas Finance recently reported their direct loan originations were up 150% YoY and Sonic Automotive’s EchoPark dealership is reporting a 34% increase YoY surge in June sales. In addition, we’re hearing that as a result of tighter subprime finance lending, BHPH dealers have seen a better credit quality customer. Their future portfolio risks will decline over time. So BHPH dealers are seeing cash-flush, highly motivated consumers with better credit. Despite all the bad news, that’s a bright spot for the BHPH dealer.

As state’s economy begin to reactivate, it’s important to remember that the risks we as finance professionals normally take have been elevated and will remain that way for some time. We can help you manage these risks. Pay as You Go Revo One minimizes upfront costs and improves cashflow. It’s a battery-powered, wireless GPS device that eliminates the costs of installation along with lengthy long-term contracts. You pay as you go. Give me a call to learn more about proven, cost-saving options to protect your collateral. 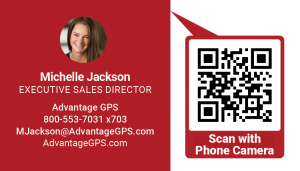